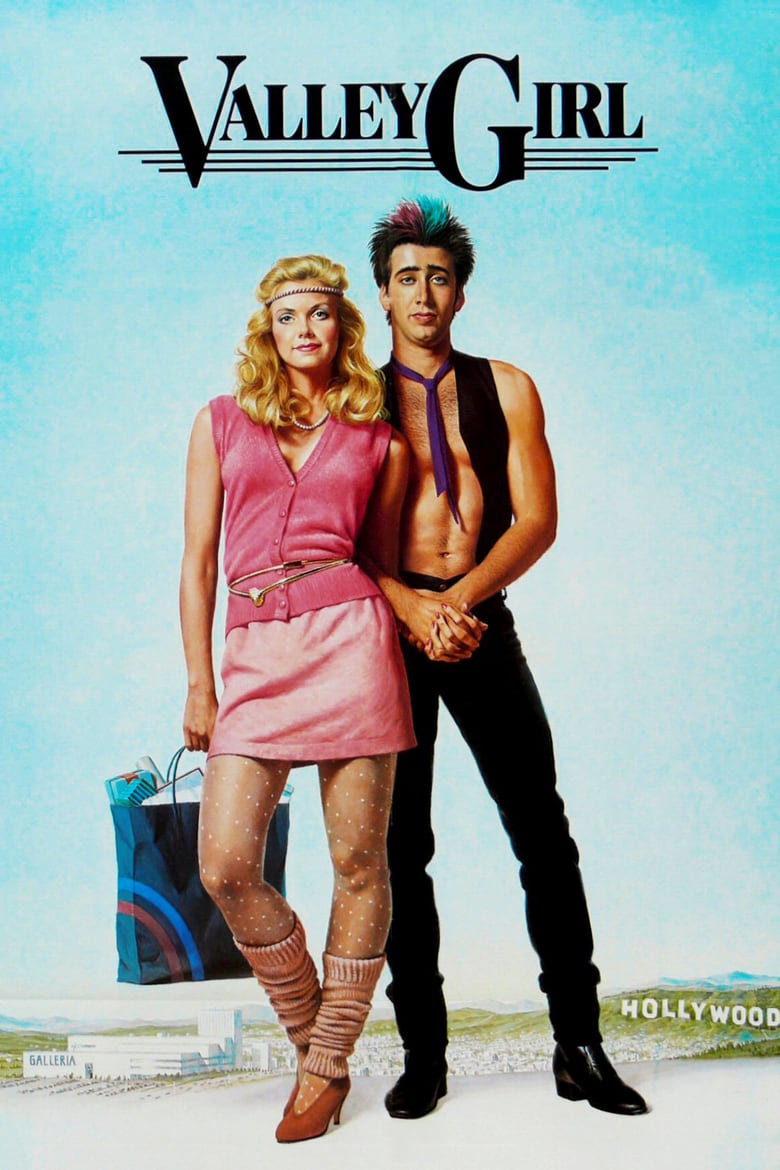 Julie, a girl from the valley, meets Randy, a punk from the city. They are from different worlds and find love. Somehow they need to stay together in spite of her trendy, shallow friends. -- Re-release. MGM releases 1983's Valley Girl across digital platforms for first time ever. See below.

Valley Girl is a sweetly romantic slice of 1980s nostalgia you don’t want to miss. When Julie (Deborah Foreman) dumps her preppy boyfriend, the last thing she expects is to find love with the rockin’ Randy (Nicolas Cage). The future’s open wide for Julie … but when her disapproving friends find Randy to be grody to the max, she is caught up in a culture clash between her Valley lifestyle and her Hollywood punk.

Valley Girl is available for purchase today across major digital platforms including Amazon Prime Video, iTunes, VUDU and FandangoNOW among others.